What kind of image do you have of civil servants? We tend to take the organizations and systems of local government for granted, so much so that there are surprisingly few people who question their value or capabilities. During this lab visit, we interviewed Associate Professor Reona Hayashi of the Faculty of Administration and Social Sciences. Professor Hayashi studies the behavior and perceptions of civil servants, focusing on the relationship between personnel systems and views of ability.

The field of personnel administration theory

Q: Please tell us about your research field and research topic.

A: The field of public administration deals with the operation and functions of administrative organizations in a broad sense. My own research lies in the narrower area of personnel administration theory; I focus on the attitudes, behaviors, and perceptions of public servants.

Although government is being streamlined through administrative reform, governments have huge budgets and exert a very strong influence on our lives. Civil servants are the people that support and carry out the activities of these governments. What kind of attitudes, behaviors, and beliefs do these civil servants have? What kind of policies are linked to those attitudes, behaviors, and beliefs? These are the questions I want to answer.

Q: What made you decide to take up this topic as your research theme? 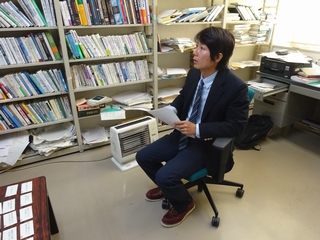 Q: Can you talk about your research in more detail?

A: The main thing I've been investigating so far is the history of personnel administration in local governments. I've carried out a comparative historical study of Japanese local governments, focusing on how they recruit, place, promote, and train their people, in order to get an idea of the diversity of their personnel systems.

The conventional wisdom is that, under a given environment, the personnel system is rationally designed in such a way that it improves the performance of the organization. This is based on an economic approach; it assumes that that both individuals and the organization act autonomously and rationally in their own best interest, weighing advantages against disadvantages, and that this results in a rationally designed personnel system. This is the position of economist Kazuo Koike.

My own view, however, based on a sociological approach, is that personnel systems are not necessarily rational responses to the environment; rather, they are strongly influenced by the history of the particular organization.

Why is history so important? I believe it's because of a particular cycle. In every organization there is a shared understanding of ability - a shared view of what an "able person" is. This view is instilled in individuals in the organization, and those individuals, holding that particular view of the "able person," support the organization's personnel system. This is the position advanced by Professor Yo Takeuchi, an educational sociologist; it is based on a concept known as the "social composition theory of ability." Whereas the economic approach assumes individual autonomy, this approach acknowledges that an individual's thinking can be influenced by the organization.

The "social composition theory of ability" idea explains the diversity of personnel systems found in local governments better than the economic approach does. This is my position.

Challenges and goals for applying the research results 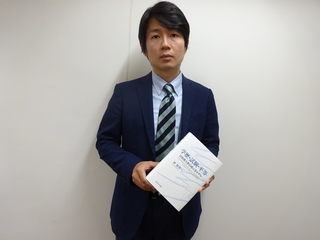 Q: How do you envision your research results being used in local governments in the future?

A: At this stage, there are quite a few hurdles that must be overcome in order for my research to be used by local governments. I have to produce results that civil servants believe are useful. To that end, I intend to listen closely to the issues and challenges that public servants are facing, and provide something that they find useful. By doing that, I think it will also be easier to obtain their cooperation with my research.

Q: Many Fukushima University students aspire to be civil servants, and I understand that Fukushima graduates are working in various local governments throughout the prefecture. How do you feel about that?

A: Having a lot of students who wish to become civil servants is a plus for my research. I'm interested in what kind of people want to be civil servants. And after they become civil servants, the Fukushima University connection makes it easy to study their "organizational socialization," that is, the process by which they become familiar with the organization. In that sense Fukushima University is an attractive and excellent place for me. There are many things I want to research, but if I take on too many projects at one time I won't be able to complete them, so my plan is to build my research record by tackling them one at a time. But the desire to research never ends.

Q: Is there anything you bear in mind when you work?

A Visit to Fukushima University Laboratories